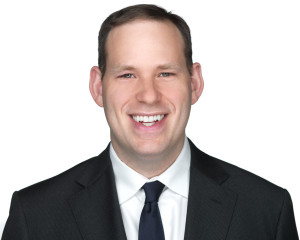 Seth Yohalem takes on challenging and complex cases and consistently achieves excellent results for his clients.

In a case challenging a retailer’s retroactive changes to its loyalty program, Seth won class certification and then settled less than three months before trial, with the defendant reinstating the class’s losses on a dollar-for-dollar basis for an aggregate total of $48.9 million in store credit, of which over $10.5 million was later spent by the class.  After a contested fee petition, the Court also awarded over $3.4 million in attorneys’ fees, paid in addition to the class benefit.

Seth represented the founder of a startup company in a multi-million-dollar dispute over its acquisition by a larger company. After a series of rulings in WJY’s client’s favor, the case settled with a substantial payment by the acquiring company.

Along with co-counsel, Seth obtained an $8.5 million settlement under California’s Private Attorney General’s Act (“PAGA”) against an electric scooter company based on its misclassification of the individuals who recharged its scooters.   The settlement is believed to be one of the largest “gig economy” PAGA-only settlements.

Shortly before forming this firm, Seth helped secure a jury verdict in his clients’ favor in a complex civil conspiracy case involving the unlawful dispersal of real estate sale proceeds.  The verdict was selected by the National Law Journal as one of the top 100 verdicts of 2015.  The Seventh Circuit specifically cited testimony Seth elicited at trial when it largely affirmed, resulting in a judgment of over $17 million.

Seth has also successfully represented clients as varied as Fortune 50 companies in toxic tort matters to the estate of an elderly patient with dementia pursuing a wrongful death claim against a nursing home that had neglected him.

Before founding this firm, Seth practiced at Scandaglia & Ryan and Kirkland & Ellis LLP.

Seth lives in Winnetka, Illinois with his wife, Olga, and two children.